This is me and my husband Sam at the premiere party for the show. The party was at WET Design, the company that helped create the show. It was a great time!

"The Southern Martha Stewart of Engineering"

Age: 26
IQ: 128
Location: Blacksburg, VA
Occupation: Ph.D. Student, Researcher for 3D Printing Lab
Education: BS in Mechanical Engineering, Currently in school for Ph.D.
This Virginia mech-head calls herself the Martha Stewart of engineering because she can do it all. She’s pursing a PhD in mechanical engineering at Virginia Tech and has already amassed a ton of experience in the machine shop, with mechanical design and in robotics competitions.
After serving as an apprentice machinist for 6 months, she used her metalworking skills to build robots, spending several years with First Robotics and NASA Robotics Academy. She also worked for NASA Marshall Space Flight Center for three years, where she designed and machined an experimental setup to test bearings.
Her current Ph.D work deals with rapid prototyping technologies; so she knows how to design and build extremely fast. Amy is undoubtedly smart, but she doesn’t take herself too seriously, describing herself as “hilarious, loving, dynamic, talkative... sometimes a baby and sometimes the boss... but always Southern.” 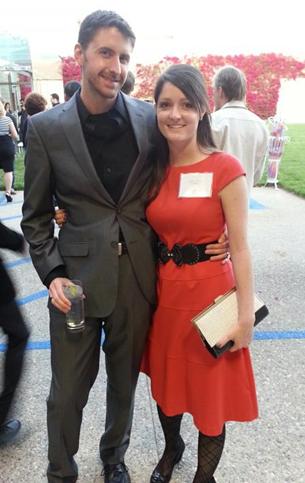